About Isle of Man

Isle of Man will charm you with cultivated conversation and a guise of geniality, and then utterly disarm and enchant you with its oddities. Home to about 89,000 people, the Isle of Man is a British Crown Dependency situated between the United Kingdom and Ireland. Attractions include Castle Rushen, Lady Isabella at Laxey and Cregneash Folk Village.

Prepare yourself for an unforgettable journey into a world of Vikings and fairies with cheap flights to Isle of Man. The island is home to the Isle of Man Airport (IOM), which is a 20-minute drive from Douglas.

Popular flights to Isle of Man

Why visit Isle of Man 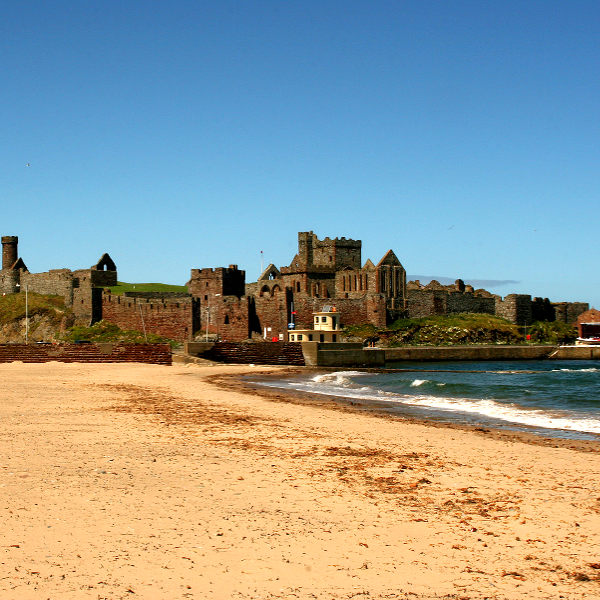 Once home to enigmatic Celts and raffish Vikings, the Isle of Man is peppered with well-preserved Medieval castles that seem to groan beneath the weight of untold stories and secrets. 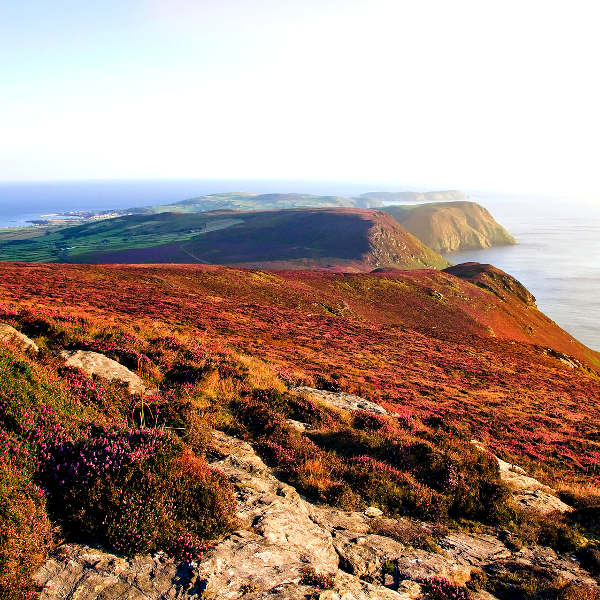 Isle of Man is a place of staggering natural beauty. Be awed by rippling mountains easing into vast quilts of emerald and butterscotch, and rugged coastlines sinking into glinting ocean. 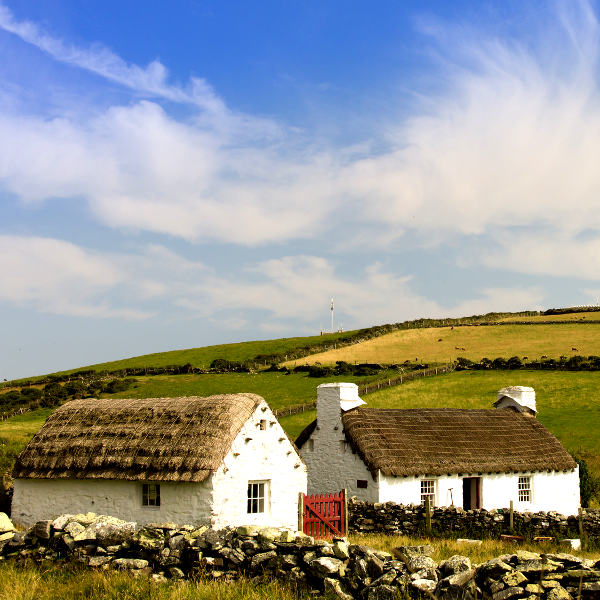 Although the island retains the prestige of the Vikings, local culture teems with oddities and curiosities. Tales of fairies, giants and other mystical creatures saturate Manx folklore and daily life.

Isle of Man experiences a temperate climate, with warm summers and mild winters. Rainfall on the island is significant, particularly in the interior. Snow and frost is rare. Temperatures are generally consistent, making Isle of Man a good year-round destination. Temperatures range from the mid-20s (degrees Celsius) in summer to the single digits in winter. Isle of Man hosts a number of events throughout the year. Some of the most notable of these include: Isle of Man TT, Deep South Festival, CAMRA Beer and Cider Festival, World Tin Bath Championships, MANX Litfest and the Queenie Festival. For cheap flights to Isle of Man, the best months to visit are from October to March (excluding Christmas and Easter).

Weather & Climate in Isle of Man

Since colonisation of the island began around 6500 BC the island has been traversed by hordes of raiders and traders. The most famous tale is that of the Vikings.

They arrived on the island around 800 AD and plundered the land with their trademark roguish flair. However, in true Isle of Man fashion, the island pierced their wild hearts and a famous love affair blossomed. The notorious Norwegian brutes had been tamed and they settled on the island.

While the island has retained its historical prestige, its allure stems from its ramshackle peculiarities.

It is home to the largest working water wheel in the world; was the birthplace of the disco jiving Bee Gees; houses an impressive collection of vintage locomotives; and is famous for its eccentric folklores – a notable vice chairman has confessed that the island is indeed overrun with fairies.

The Isle of Man is a curious and magical place that will steal your heart and have you looking over your shoulder for goblins and giants.

Compare several airlines, and book your cheap flights to Isle of Man online at Travelstart.

Isle of Man is safe. However, as it is with any major cities, crime does happen. It is advisable to take certain precautions and maintain vigilance as you would in any other unfamiliar city. Travel insurance to cover theft and medical expenses is recommended.

Avoid carrying large sums of cash and important documents, as pick-pocketing and bag snatching can happen. Be vigilant when driving along country roads. Agricultural traffic and roaming animals are common. Remain on designated footpaths when exploring the coastline or cliffs, especially when mist is thick, clouds are low and winds are strong. Stick to popular areas when swimming in the ocean.

Proof of yellow fever vaccination is required if you are travelling from a yellow fever endemic area. Immunisation against Hepatitis A & B and rabies are recommended. Other routine and recommended vaccinations include MMR, diphtheria-tetanus-pertussis, varicella and polio.